After doing my "anal-ysis" for Kojak, I swore I would not do this for another TV show, but a few people suggested I tackle The Streets of San Francisco (SOSF). With only five seasons (meaning a lot less work), SOSF is appealing; I used to tape this show regularly when it was broadcast late at night on KOMO-TV Seattle many years ago.

SOSF has a neat title sequence (obviously inspired by Hawaii Five-O) and above-average photography, a propulsive main theme by Patrick Williams (though much of the music is stock tracks by Williams and others), cool location filming on "the streets," and chemistry between the two leads played by Karl Malden and Michael Douglas. In most of the episodes when cars are being driven, the show doesn't use process shots with streets and other backgrounds projected behind a mock-up car in a studio, but has cameras in or attached to real cars, something almost unheard of these days.

Like Kojak, I decided on a certain format for my reviews after I had already completed writing up one season, in the case of SOSF, the first. As of December 23, 2017, my "re-viewing" of these episodes is finished.

I was particularly interested in chronicling the "Epilogs" (endings) for SOSF, many of which I always thought were one of the show's weak points. But I discovered not all of these are sucky! In the first and second seasons, I have also kept track of how many times Mike Stone (Karl Malden) used the expression "buddy boy."

In the forum that I had for about a year from June 2016 to June 2017, we discussed SOSF several times, and I have archived those conversations.

If you want to talk about SOSF now, you can do this in the "Other" TV Shows Discussion Forum connected with my web site.

Ratings of All Episodes

In September, 2020, La-La Land Records released a 2-CD set of music from The Streets of San Francisco: 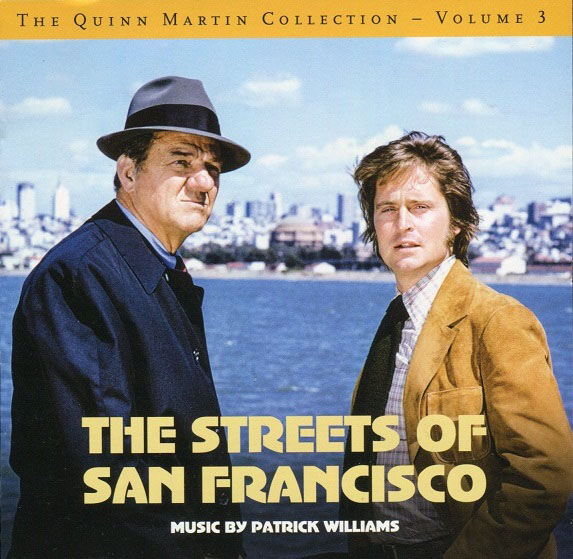 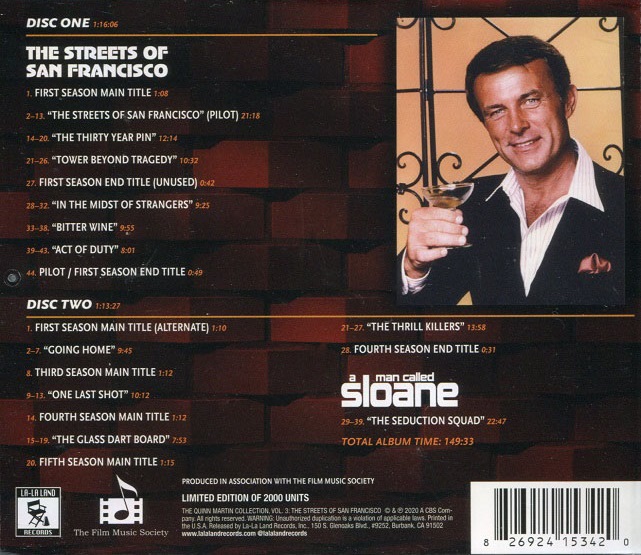 THE STREETS OF SAN FRANCISCO LINKS: